The Channel Island were subject to Roman rule and it is most likely that Christianity became established to some degree by the middle of the fifth century. Legend has it that Helier, a monk who was a native of what is now modern-day Belgium, came over to the Island looking for solitude. Jersey (called Agna in those days), was virtually uninhabited due to pirate raids, but Helier settled on a rocky outcrop in the harbour and kept watch for the few local fishermen to keep them safe. Helier was martyred on one of these raids and is commemorated every year on July 16th with a pilgrimage across the causeway to his hermitage on the nearest Sunday to his feast day.

The islands remain legally under the jurisdiction of the Bishop of Winchester but on the 25th March 2014 the Bishop of Winchester delegated to the then Bishop of Dover the episcopal oversight and functions reserved or assigned to him in all ecclesiastical legislation, canons, customs and protocols as apply in the Deanery of Jersey. The Bishop exercises the episcopal functions delegated to him in canonical obedience to the Archbishop of Canterbury and all clergy in the Deanery owe canonical obedience to the Archbishop.

The Church of England is the Established Church in Jersey.

The Dean of Jersey

The Very Reverend Mike Keirle has been the Dean of Jersey since September 2017. He is the senior Anglican priest in the Island and has responsibility for leading and supporting the mission and ministry of our parishes and developing and strengthening our link with the wider Church of England. Mike previously lived on Guernsey for 14 years where he was a Vice Dean and Rector of St. Martin’s.

He is regarded as the Senior representative of the faith communities and, as part of the established Church in the Island, has a significant public and civic role in the public square. He is also titular Rector of St. Helier Parish Church, although this is largely delegated to an Associate Rector.

The Dean also presides over the Ecclesiastical Court, which is itself part of the Royal Court of Jersey. The Court deals with Ecclesiastical matters, swears in Notaries Public, issues faculties for work to the fabric in churches and deals with Clergy Discipline.

Following the publication in 2019 of a report, by the Archbishop of Canterbury's Commission on the ‘Relationship of the Channel Islands to the wider Church of England’, chaired by the Rt Revd and Rt Hon the Lord Chartres of Wilton KCVO, the Commission proposed that Jersey and Guernsey should be attached to the Diocese of Salisbury.

The subsequent ‘Channel Islands Measure 2020’ was passed by General Synod in February 2020, making provision for the attachment to Salisbury.  The Measure was subsequently passed into law in England in July 2020, paving the way for a debate in the Channel Islands’ legislatures to seek an Order in Council to transfer Guernsey and Jersey to Salisbury Diocese.

The day to day financial, administrative and safeguarding functions, were transferred to Salisbury on 1st October 2020 and pastoral care was handed over to the Bishop of Salisbury on 1st January 2021.  The legal transfer will be enacted on the receiving of the Order in Council.

How we are Governed

The Church of England is governed by a series of assemblies of the Clergy and Laity, known as Synods. Until 1931 the churches in the Bailiwicks of Jersey and Guernsey were not directly represented in the national church institutions. The Channel Islands (Representation) Measure, 1931 provided that each of the Bailiwicks be entitled to send representatives to both the Church Assembly and the Winchester Diocesan Conference. Those two bodies became, respectively, the General Synod and the Winchester Diocesan Synod in 1970 by virtue of the Synodical Government (Channel Islands) Order, 1970. Since the 2014 transfer of episcopal oversight from the Bishop of Winchester to the Bishop of Dover, Jersey has not sent any delegates to the Winchester Diocesan Synod. Instead they attend meetings of the Canterbury Diocesan Synod in a non-voting capacity.

A link to the rules of Deanery Synod can be found here. 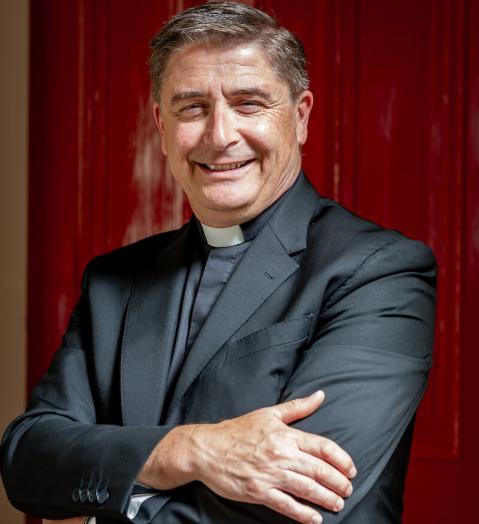